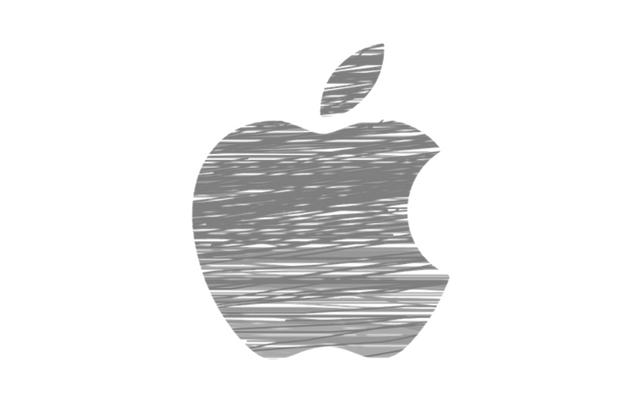 Apple, the company that Steve Jobs called software, focuses only on four platforms: iOS, macOS, watchOS, and tvOS. The devices that are the physical containers for these operating systems go into the background: we use applications and the network, and from the hardware to us, in fact, we need a window into this world. Making our choice in favor of Apple, Google or Microsoft, we become hostages of the ecosystem, and every year we are dragged inwards deeper and deeper.

In recent years, only lazy people have not said that Apple lags behind everyone in machine learning and clever algorithms. At the Google, I/O conference, the words machine learning, deep neural networks and artificial intelligence were uttered as often as Apple uses epithets amazing, revolutionary and best device we ever made. The world is changing, and the more actions occur automatically, the more we are happy.

This year WWDC made a big bet on using the phone as a browser of augmented reality. Less than a year, as everyone was obsessed with Pokemon Go, and AR becomes available to all developers through a set of simple APIs. iPhone automatically uses data from the camera, accelerometer, and compass to find planes (tables, floor) in space, determine their size and track the movement of the device. Can even choose the lighting conditions so that the inserted objects merge with the environment.

A set of low-level APIs for machine learning can be used to work with images from the camera. Out of the box, the iPhone can detect faces and monitor arbitrary objects in the frame, but you can also load your trained models. You can define documents on the image and scan them.

IOS has an engine for working with text in natural language. Categorization, extraction of data from the context are available to all applications. Whether it will be possible to work with the Russian language or at least load their models is still unclear.

Siri now works in a single context on all devices, synchronizing via iCloud. It’s more like Google Assistant. With the help of neural networks, she pronounces the words each time a little differently so that speech is more humane.

A small, but important innovation: through Apple Pay, you can now transfer money to friends and acquaintances. It’s possible to send and request them through iMessage, but whether it will be possible to integrate it with other applications is a matter. This is the final touch, now the Apple ecosystem provides a full range of banking services: cards, payments in stores and online, P2P transfers. While all banks are playing the game “we are an IT company,” Apple, a real IT company, quickly transferred a large portion of transactions to itself right under their noses.

IOS will recognize when you go in the car, and automatically block SMS, notifications, chats and everything else that distracts from the road.

Demand for the iPad fell when smartphones grew too large screens. Until a full-fledged working tool, this device did not even hold up with an external keyboard, and this year Apple again makes an attempt to return the tablet to some isolated status.

The multitasking model was supplemented by dragging files of any type between different applications, and desktop management more like a full-fledged macOS. The screen size was increased to 10.5 inches due to thinner frames, and the 120 Hz refresh rate and enhanced color reproduction work to improve the picture quality.

The Files application, which appeared in the app store a few hours before WWDC, is what turns a tablet into a working tool. In fact, iOS now has a full-fledged file manager.

For Apple, it’s not typical to have a lot of devices on WWDC, but this year, in addition to the iPads and the new column, almost all Macs have been updated.

MacBooks and iMac have become faster, and this is done with an emphasis on the preparation of VR-content. To replace the bucket Mac Pro will come a new generation of professional desktops – iMac Pro in black, with a black keyboard and mouse or trackpad. In the top-end configuration, they promise to install 18-core Xeon, Radeon Vega and up to 128 GB of ECC-memory. The sale ​​will begin at the end of the year.

A new version of macOS was named High Sierra, it made a strong bet on increasing performance and speed. Also, Apple once again decided to abandon the legacy – there was a new file system APFS, support for the H.265 codec with native acceleration, instead of JPEG, they promote the HEIF codec.

The framework for low-level fast computations Metal has been updated to version 2.0, now it is offered to be used for machine learning and other time-consuming calculations, and not just for games.

Tim Cook says that the team has been working on a revolutionary and unique column for several years, and as a result, the sound will be all stunning. So far, neither visitors nor journalists have been able to verify this, and they promise to sell the column in December. Built-in Siri on the functional repeats how Google Home and Amazon Echo works. The main bet here is on the sound quality, for this, the column adapts to the geometry of the room, and for the stereo mode, they can be set to two.

The most important part for developers, of course, is Xcode. Every year its updating seemed compulsory, sort of like “updated the IPA / language / …, and Xcode needed, well, at least somehow.” The basis remained the same, the editor was still the same. Sometimes different rifles were updated from all sides (viewing documentation, or Interface Builder), but in general, the main tool was trampled on the spot.

Now Xcode has refreshed really well. Completely rewritten the Swift editor, which did not touch the wild number of years. For example, you can finally increase leading (if you think that this is nonsense, try it yourself, it’s better). The error descriptions have changed, and now they do not break the code layout. Cross-language refactorings and “code transformations” have appeared, and Apple promises to allow all developers to create their own.

Part of the refactoring works exactly as needed, for example, renaming. Beautiful, fast. Part – no more than a new way to insert templates. Some have long been known for products JetBrains (extract).

Xcode slowly becomes a modern editor, not something that is “necessary, because you need at least something.”

Now you can develop and debug applications on the network, using for WiFi connection. The convenience of such work will still need to be checked (there is a doubt that this will work fairly quickly), but for the opportunity – many thanks.

You can run several simulators at once, which is very necessary for UI testing and application interaction with each other.

Finished and debugging tools. There are two new analyzers: the first one checks the correctness of the interface method calls, the second one – all sorts of vague things like dividing by zero.

A lot of slides were devoted to acceleration: they tried to speed things up. The editor was created from scratch, keeping in mind the need to quickly display huge files. The assembly system is rewritten to better use multiprocessor systems and to improve the tracking of dependencies and code changes. UI-tests are accelerated. And the search was speeded up “50 times”.

Yes, and now the folders on the disk and the groups in Xcode are synchronized.

A little over a year ago, when the App Store became Phil Schiller, the changes poured into him. For example, the speed of the review was reduced by an order of magnitude. The store itself is updated, both visually and in fact.

Enormous lists of mixed-use applications will no longer be available. Curated sections will get beautiful descriptions, and the design has become minimalistic. If before a large pack of updates fell out once a week, now updates will be shorter, but every day.

The curators of the App Store will have new tools. It will be possible to advertise not only the company or the application, but make a link directly to the in-app purchase or insert a video into the tape.
And, of course, developers are now able to gradually roll out their application to the audience.

Sessions about all this have yet to be looked at, pondered and understand how this can be used to create new applications.

How Cardinally Apple Have Changed Requirements For Developers!

Paul Brook is a professional full stack developer & IT content marketer. Developer by day and a content Marketer by night. He is the lead Developer and content marketer at www.smartspate.com. His passion for helping people in all aspects IT and Marketing flows through in the expert industry coverage he provides. In addition to IT, also provide technical SEO and copywriting services for business of all sizes.